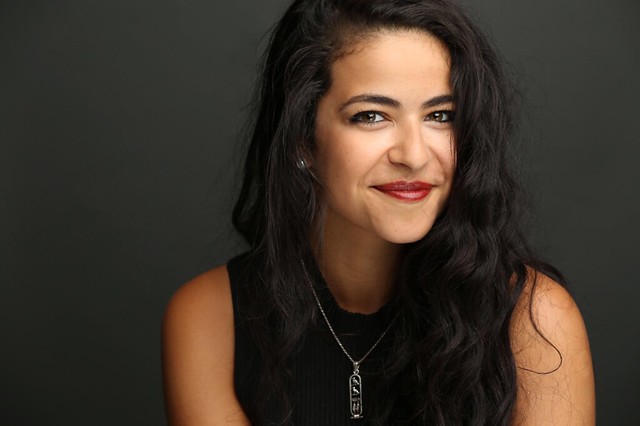 Macy is a New York City-based Music Director, Orchestrator, & Copyist. Most recently, she has been working on the music team for the Broadway production of TINA: The Tina Turner Musical, and is the Music Supervisor for the musical adaptation of Chelsea Clinton’s children’s book “She Persisted” at Atlantic Theatre Company. She has also been Music Supervising & orchestrating Angela Sclafani’s new pop song cycle Passion Project: Love Songs From Women To Their Work, which is currently in the process of recording an album.

Macy recently led a production of Carner & Gregor’s Island Song at the Davenport Theatre, as well as various projects with the New York Musical Festival, where she also served as Orchestrator for Interstate: A New Musical, by Melissa Li & Kit Yan. As a Music Director, she has led numerous Broadway benefits & galas, collaborating with esteemed Broadway performers such as Ariana DeBose, Brandon Victor Dixon, Rebecca Naomi Jones, Alex Newell, and Colman Domingo.

Macy has taken her work across the globe as well, and recently returned from China, where she MD’ed for Shanghai Starz, an international musical theatre camp in Shanghai, as well as India, where she worked on the music team for the Broadway-bound stage adaptation of Monsoon Wedding. She currently serves on faculty at the Manhattan School of Music and Cap21 Conservatory as a pianist, and at Pace University as a professor of Music Theory. Macy is a proud graduate of the University of Florida, holding a B.A. in Music Theory, and a passionate advocate for women in music. 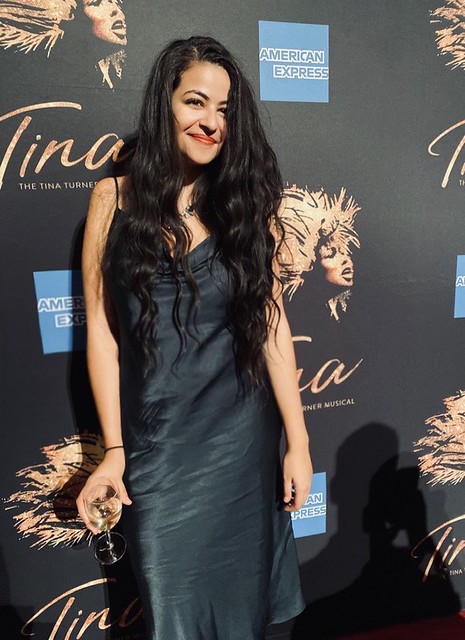 Through your social media/website we can realize that you are a successful Music Director, Orchestrator and Copyist. Also, I think that is only 1% of what we see through the internet. What is the other 99% that Macy Schmidt did in order to be who she is now?

Oh, wow. Well, I think the other 99% consists of a lot of persistence & execution. Even as a kid, I’ve never really accepted the word “no” as an answer.

In school, I was the brainy kid, and I definitely didn’t start learning music at a young age, as most of my current colleagues did. I was firmly on track to go to school as an engineer, and something happened in my mid-high school years as I sort of discovered music (and with it, theatre) on my own. I’ve never really been able to explain why I decided to go to school for an art form I’d barely spent two years exploring or walk away from scholarships & a stable career to see if I could hold my own in the music world, but that weird hunch is probably the best thing that’s ever happened to me. After that, it took a lot of ambition, risk-taking, & relentless self-discipline to begin to overcome the challenges associated with my “late start.”

Beyond my career… I’m an (adopted!) only child, Disney enthusiast, vegetarian, SoulCycle devotee, and avid traveler.

What is truly like to be a music director and orchestrator?

Well, it really varies day-to-day, and project-to-project. Overall, I’d say that being a full-time freelancer comes with a lot more administrative obligations than one might expect — I spend a *lot* of time emailing, lining up future work, negotiating payment… stuff like that. But then, once you’re able to get beyond that and are in the actual flow of music-making, I find it completely magical. Playing a concert, or deep in an orchestration flow, or shaping new work with writers… I spend a lot of time in rehearsal rooms as just one small part of a massive creative team – those are the moments & experiences that remind me why I love my work.

Also, these two roles come with ​very​ different daily experiences — as a music director, there’s a lot of person-to-person contact. You’re often the one on the keys accompanying, teaching vocals and leading rehearsals, leading a band, etc. As an orchestrator, you’re probably not even in the same room with the rest of a creative team while the actual work is being created. These two roles require completely different sets of muscles, creatively-speaking. 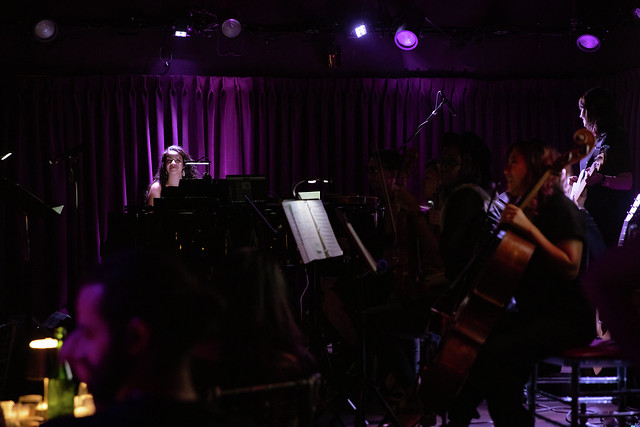 Ah, where do I start? I feel such overwhelming gratitude each day that I somehow wound up in this crazy & exciting line of work. I guess I’d say that there’s a reason I specifically pursued music-making in ​theatre​, rather than in a more commercial lane of the industry, and that’s because theatre is absolute magic to me. So, being one small piece of the enormous puzzle of creative collaboration required to mount a musical — let alone one on a Broadway scale — is such a fulfilling thing. I love being part of the theatre community, and I wouldn’t trade it for anything.

What advice would you give to someone wanting to start in the industry?

What was your first big break in the industry?

My freshman year of college, all I knew was that I wanted to work on Broadway — so my extremely type-A administrative tendencies inspired me to pursue an internship in the industry. The incredible theatre historian & Broadway producer Jennifer Ashley Tepper gave me that first “foot in the door” in New York City, interning at Feinstein’s/54 Below, where I went on to meet a handful of influential music supervisors who were beyond generous in sharing their knowledge and mentorship. After that, I became a Music Assistant & worked to build up my skills & resumé until booking my first Broadway show, which of course opened a lot of bigger doors. 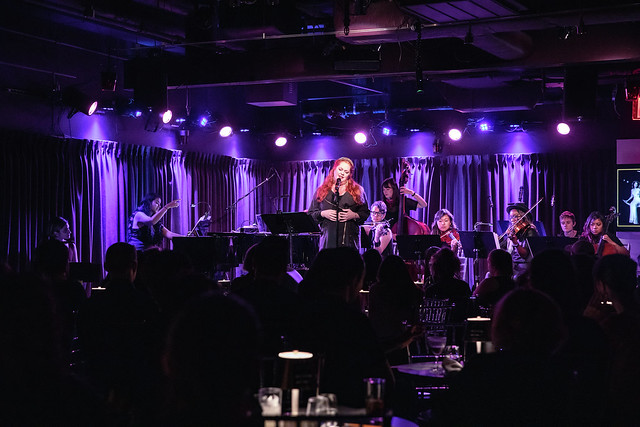 What’s one of the most interesting projects that you’ve done?

In January 2019, I received an offer with just a couple weeks’ notice to fly to Delhi, India as the copyist on a 6-week developmental process workshopping the Broadway-bound musical adaptation of ​Monsoon Wedding.​ I had no clue what to expect from this job experience, but it turned out to be one of the most incredible, inspiring, unique projects I’ll probably ever work on. Being immersed in Indian culture was completely transformative, and I’ve been captivated by it ever since.

What is happiness for you?

I think my personal definition of happiness has evolved a lot over the past few years, but right now, it’s being able to accept the things I can’t control and savor the things that I can. We’re also living through such a unique, historic time — so I’m definitely finding a lot of joy in the “simple pleasures” right now. My family & friendships are also an enormous source of happiness. 🙂 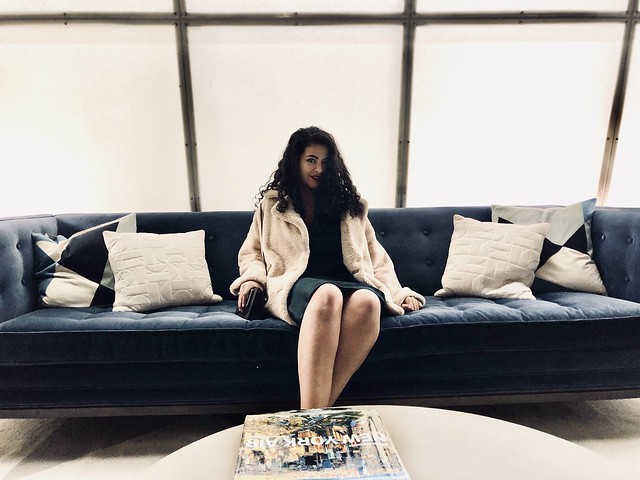 What is love for you?

I view love as unconditional care. That could be for another person, or it could be towards a hobby, place, career, etc. For instance, I have such a deep love & passion for New York theatre & the community surrounding it — and right now, love for theatre means understanding that we can’t be a part of it, for the good of the entire community.

How do you maintain inner peace?

A LOT of journaling and striving for balance. Reminding myself daily that no matter what’s happening with the hustle or the “industry grind,” people are all we have at the end of the day — and in a time like this, that’s proving true more than ever.

Merry Christmas to all my friends ❤️ καλά