David Allain is a Scriptwriter and Director whose credits include work for O2, The Guardian, and Channel 4. Passionate about social causes, he has created artwork for charity auctions (for SHELTER in the UK and S.P.Y in the US, each tackling homelessness); David has also directed films for charities including CALM (raising mental health awareness) and GIRL EFFECT (promoting gender equality).

Before we start can you share with me some details about you and your path.

I’m a filmmaker. Born in East London. My parents were cleaners and I’ve inherited their hardworking ethic. I wanted to be a storyteller when I was a kid (and still plan to write a novel or two someday). As a teenager, I began to see film as a brilliant storytelling medium and I soon started directing music videos. That led to writing, directing, and producing projects across advertising, short films, TV, feature film documentaries, and podcasts.

The path has been winding; but I’m very grateful for my experiences, am still enjoying the journey, and believe the best is yet to come! 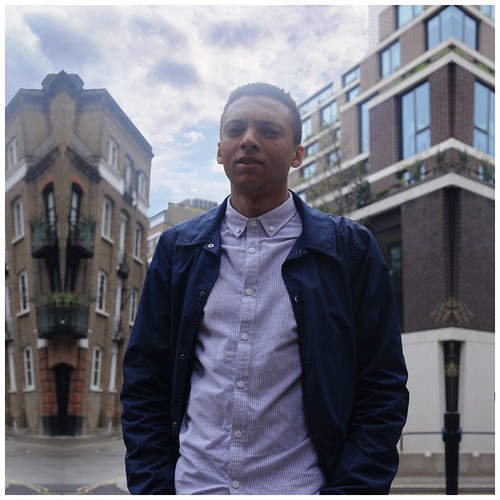 Through your social media we can see that you are a successful filmmaker and creative director. Also, I think what we see through the internet is only 1% of a person. What is the other 99%, and what did David Allain do in order to be who he is now?

I was raised in a very strict religion that believes the end of days is coming imminently. It didn’t add up for me and I decided to leave as a teenager. A couple of years later, I was given an ultimatum by parents: go back to the religion I didn’t believe in or they would stop talking to me. I didn’t go back; they haven’t spoken to me most of my adult life.

I’d like to think there’s more to me than the fall out of those events, but who I am is certainly rooted in principles at work there: I can’t stand bullies, and I try not to let other people’s fear dictate my actions.

No one is perfect, and unfortunately the world is riddled with fear. That was one of the hardest things I’ve had to adapt to, but it showed me a lot. We are our actions, and actions are born of fear or hope. Fortunately, hope has paid off: the end of the world hasn’t come yet and embracing the unknown has brought me experiences and perspectives I wouldn’t trade for anything.

I’m constantly learning. I currently freelance a lot across advertising and scriptwriting. I’m also always working on personal projects. Between this variety, I am continually learning – about the world, about my craft, about myself. And most of my work is done in collaboration with people who are passionate about their own fields.

I am eternally grateful to have pursed a career where I work on projects and with people that are constantly broadening my horizons. 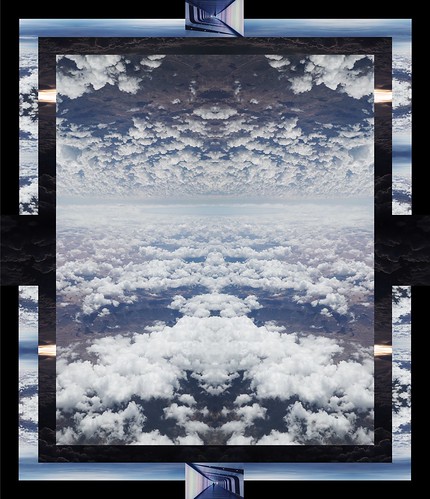 What advice would you give to someone wanting to start in the industry?

Get on with it. Work at your craft, find ways to connect with likeminded people, collaborate, and turn opportunities into valuable experiences. While you’re at it, try to have fun, be reliable, remember it’s a team effort, and treat people with decency.

What was your first big break in the industry?

I think the big breaks are yet to come, but I’ve had a few small ones. Some years ago, I was working as a runner in a commercials production company. I was given a Christmas bonus and decided to use that money to make my first music video. Some friends from college were in a band. I chose one of their songs, wrote a concept, pulled together a team, and asked my boss if we could use some leftover film stock the company had.

My first music video was shot on 35mm. It was the band performing and had a very light narrative interwoven. It also featured a sort of still photos animation, which took me months to animate. But eventually the video was finished and I posted it online. The next day, a producer called saying he had seen it and asked if I’d like to direct more videos. I keenly agreed to start working with him and this soon led to me directing videos for major labels including Sony Music and Universal.

What’s one of the most interesting projects that you’ve done?

A few years ago, I worked as a freelance scriptwriter for a non-profit called GIRL EFFECT, they make content promoting gender equality. I worked extensively in Rwanda and Malawi, teaching local team members about scriptwriting, and then working with them to create and write entertaining radio dramas that contained messaging around domestic violence, economic empowerment, HIV/AIDs, and other topics relevant to our teenage audience.

In 2017, we launched a youth brand in Malawi called ZATHU. Given radio was the most popular media platform, and internet access was very expensive, the launch included a roadshow tour around the country and I was invited along. I was there to write, but offered to also shoot a film to document the launch and introduce audiences to ZATHU.

Having worked for months with a fantastic team to conceive and realize the youth brand, it was incredible to see it come to life and resonate with the audience. Work on that project remains among my fondest memories. The documentary I made was shown on Malawian TV, and the radio drama quickly became popular drawing over 2 million regular listeners.

I met so many great people through that project, learned huge amounts, visited amazing places, and danced a lot! 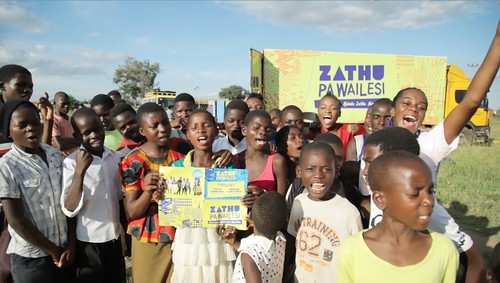 What habit has most influenced you to become who you are today?

I try to be honest with myself, collaborative with others, avoid things I don’t believe in, adapt readily, and look for opportunity in challenges.

How do you maintain inner peace?

I write, I talk with friends, and I dance.

Merry Christmas to all my friends ❤️ καλά